This will help immensely in saving the lives of many people who may fall victim of ignorance. Even religious book have said that we should seek for knowledge, buy understanding and sell it not. 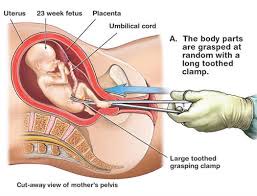 Photos for the illustrated purpose.

In the multitude of many counsel, there is safety and when there is no understanding concerning a particular subject matter, people will perish.

In this article, I will be explaining explicitly on the concept of abortion, what you should know about abortion and also how to live safely.

During an abortion, the foetus which is the growing baby inside the womb(uterus) is forcibly removed by different methods by professional doctors.

We shall be looking at some of the most common methods often used by doctors for the sake of better understanding.

The most common methods used my doctors, is the VACUUM SUCTION. Vacuum suction involves the use or the insertion of a material called the cadula inside the uterus and through it, the baby is soaked out with the aid of an electrically powered pump.

Above is the first method which is seen as one of the most common two methods used my doctors during abortion.

The second method is the DILATION AND CURRETTAGE this is also known as D&C). It can also be DILATION AND EVACUATION(D&E): This method, it involves dilating the servix, and then scrapping the uttering lining to remove the content. According to doctors and medical practitioners, this method often Leads to severe and sometimes lafregning complications. 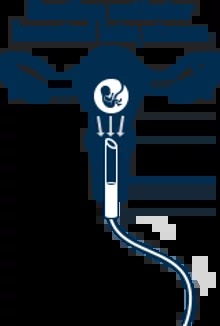 Photos for the illustrated purpose

Some of the most common complications, includes the perforation of the uterus, embolism, pelvic inflammatory disease, endotoxic shock, cervical incompetent and ectopic pregnancy.

Cervical incompetent is often seen and considered the major reason why women who have aborted in the past, find it difficult to get pregnant and in a situation whereby they managed to conceive, the womb becomes unable to bear the baby to full time. Consequently, they suffer repeated miscarriages.

Miscarriage is a condition whereby a woman’s pregnancy becomes discharged without the baby growing to full time. Women will understand this more.

But that is not to say that all women whose womb cannot conceive or bear a baby must have aborted in the past no!. There are many factors that can lead to that.

The symptoms of abortion trauma syndrome include guilt, anxiety, depression, sleeping and eating disorder, low self esteem and suicidaford.

Aside this, abortion is morally wrong to what will terminate the life of a human even if it is that of the baby in the womb.

The spiritual consequences of abortion are the most grievous. You will lose your peace, lose favour with God and ultimately miss eternity in heaven.

Meet The Russian Woman Spending Her Life In Jail Because of A Nigerian (Photos)
Nursing mother, baby killed by police officers chasing suspected internet fraudsters in Delta
To Top