According to a source who wrote to us of the unfortunate incident, the boy’s biological mother died in 2015 and her husband, who is a pastor and moderator in a chosen church branch at Elejigbo, Ota, Ogun state, remarried after 3 months of her death.

According to our source, the boy’s life has reportedly been a living hell under the roof of his stepmother, since his mother’s demise.

It was reported that last Wednesday, November 11, his stepmother “Mrs Grace” was infuriated because he doesn’t stay at home and in a bid to punish him, slashed his arm with a machete and broke a bottle on his head. 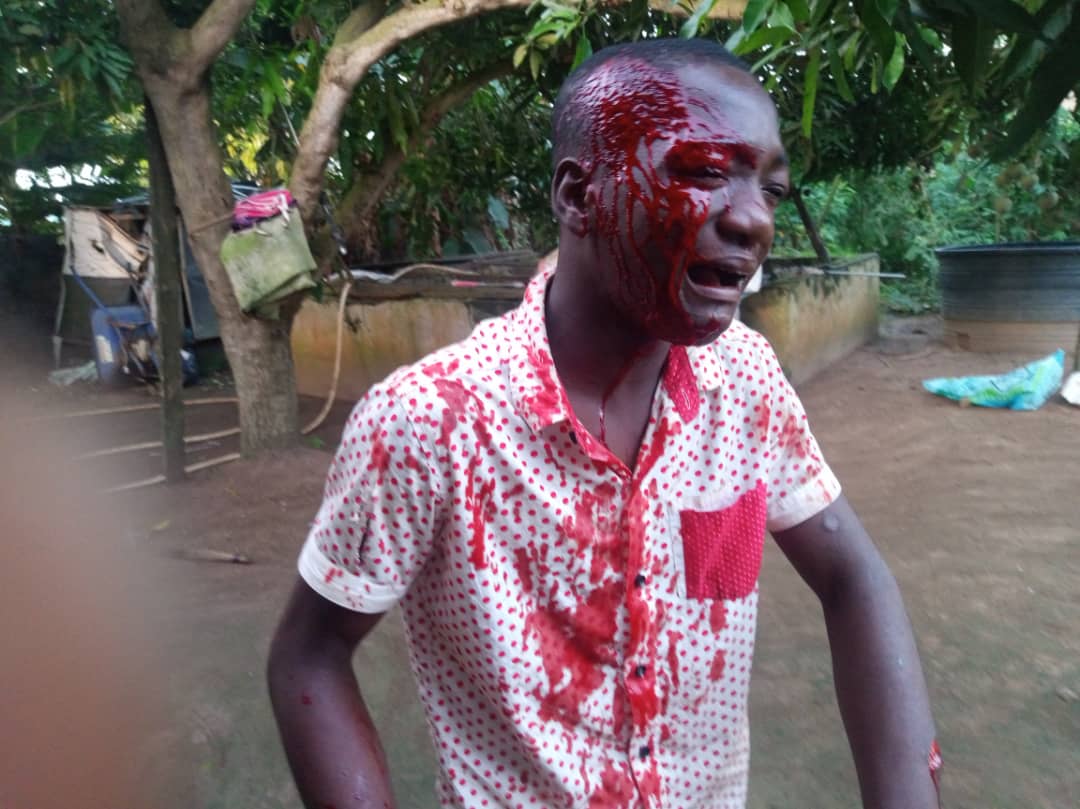 However, neighbors said the boy is always going out to beg for food because his stepmother hardly feeds him.

In the photos and video, the 14 year-old was soaked in his own blood as his arm and head was bleeding profusely.

As at the time of this report, the step mother is yet to be arrested for the alleged crime.

See more photos and video below, 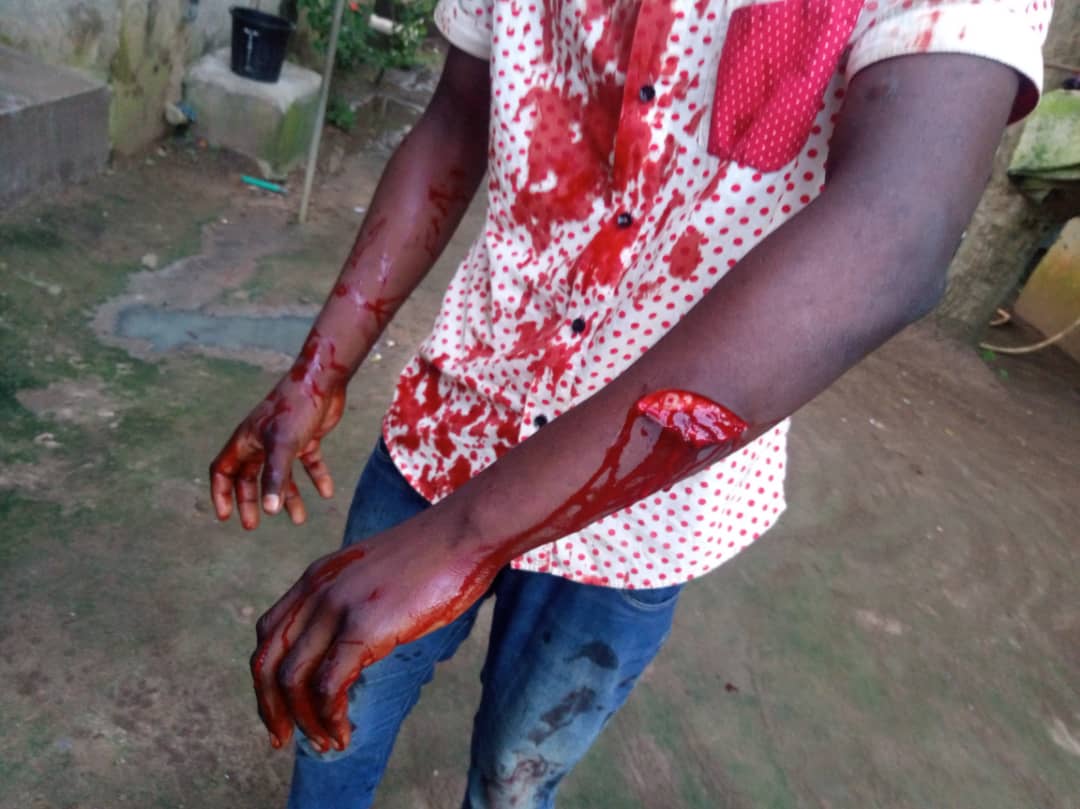