Singer and DMW boss, Davido has showed off the thoughtful birthday gift he got from his fiancée Chioma, for his 28th birthday today, November 21st. 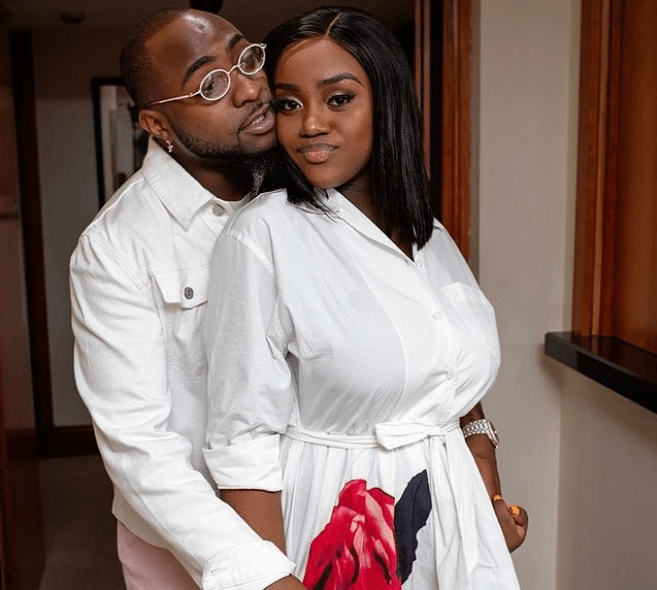 Chioma gifted the ‘Dami Duro’ singer a chain with a photo of him and his late mum, Veronica Adeleke, from his favorite jeweler, Ice Box.

Emotional Davido shared a photo of the gift and wrote; “Me and my mother. Emotional thank you @chefchi” 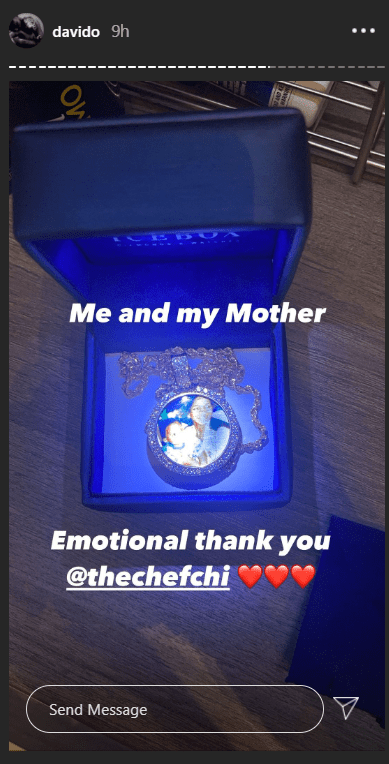